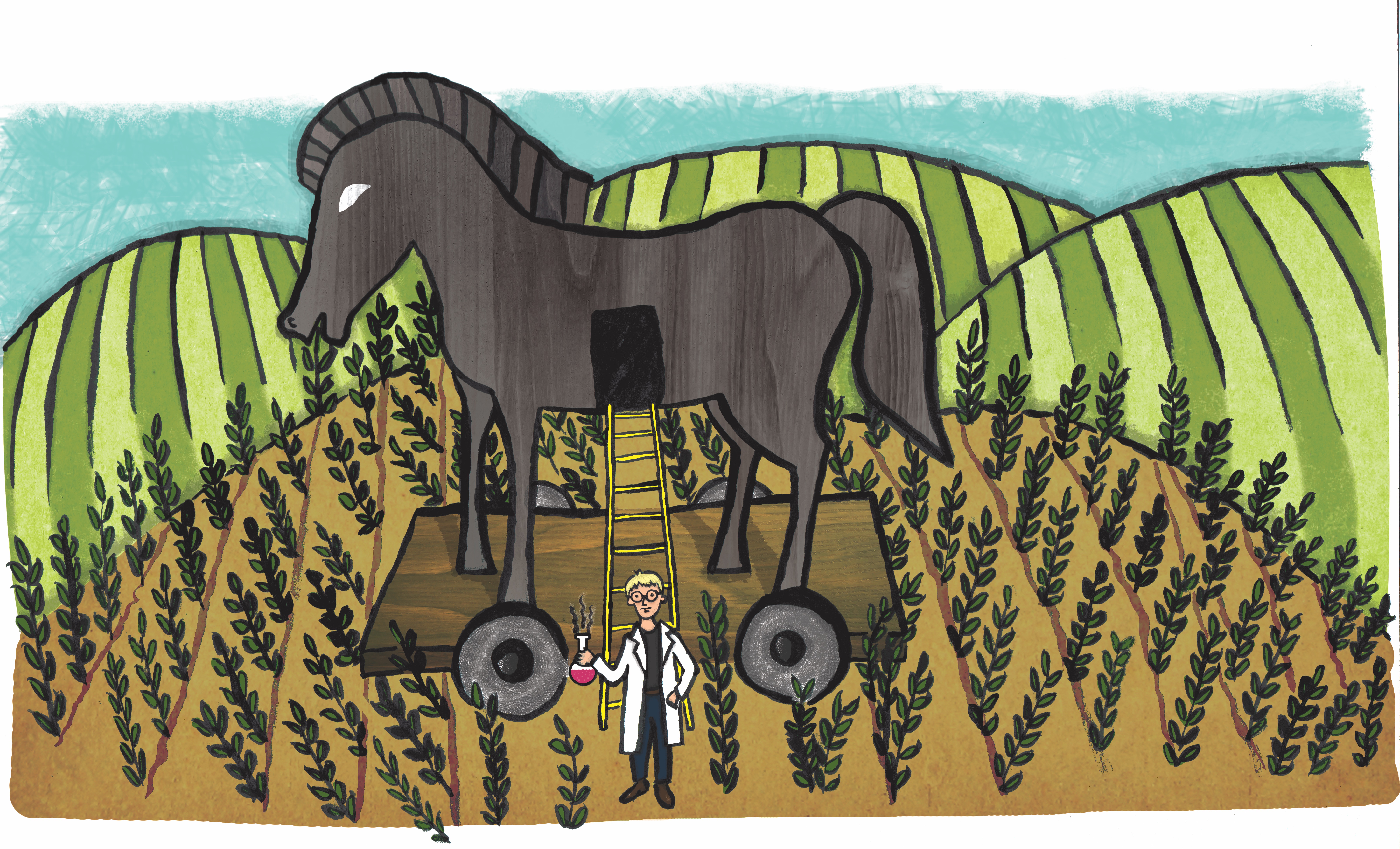 New York Times columnist Thomas Friedman once said the hidden hand of the market needs the hidden fist of the military. The Trans-Pacific Partnership (TPP) and the Obama administration’s Pacific Pivot pack both.

The struggle for food sovereignty in the Pacific got a boost in December 2013 when Billy Kenoi, mayor of Hawai‘i’s Big Island, signed a law that prevents farmers from growing any new genetically engineered crops (with the exception of papaya). This followed a push on Kaua‘i, at the other end of the islands, to force large growers to disclose the pesticides they use and which genetically engineered organisms (GMOs) they are growing.

This is a big step in the battle for more ecologically sustainable agriculture in Hawai‘i, which has suffered for over a century under the heavy weight of U.S. corporate and military domination.

Yet, like other local, state and national regulations intended to protect the public and the environment, these anti-GMO laws can be swiftly overturned if President Obama signs the Trans-Pacific Partnership (TPP), the world’s most ambitious and far reaching free trade agreement yet.

The TPP spans 12 countries—the U. S., Australia, Brunei, Canada, Chile, Japan, Malaysia, Mexico, New Zealand, Peru, Singapore and Vietnam—comprising 40 percent of the world’s economy. Like nearly all trade agreements signed since NAFTA, the TPP is almost certain to allow multinational corporations from anywhere in the bloc to sue governments in secret courts to overturn national or local regulations—such as Hawai‘i’s recent GMO laws—that could limit their profits. It’s not just Hawai‘i’s food sovereignty that’s at risk.

“This is not mainly about trade,” explains Lori Wallach, director of Public Citizen’s Global Trade Watch. “It is a corporate Trojan Horse. The agreement has 29 chapters, and only five of them have to do with trade.” More than 600 corporate lobbyists representing multinationals like Monsanto, Cargill and Wal-Mart have had unfettered access to shape the secret agreement, while Congress and the public have only seen a few leaked chapters.

But the TPP is even more than a corporate Trojan horse. It’s a core part of the Obama administration’s Asia-Pacific Pivot, which is chiefly about containing China.

Ahead of the fall 2011 Asia Pacific Economic Forum (APEC) meeting in Hawai‘i, then-Secretary of State Hillary Clinton outlined a plan to transfer U.S. military, diplomatic and economic resources from the Middle East to the Pacific, in what she called “America’s New Pacific Century.” Describing the pivot in militaristic terms as “forward-deployed diplomacy,” Clinton hailed the TPP as a “benchmark for future agreements” leading to “a free trade area of the Asia-Pacific.”

Yet the TPP excludes China, which has become the second largest economy in the world and is poised to eclipse the U.S. economy in a matter of years—a fact that is none too pleasing to U.S. elites accustomed to unrivaled hegemony.

Like the U.S., the future of China’s economic growth lies in the Asia-Pacific region which, by all indicators, will be the center of economic activity in the 21st century. By 2015, according to a paper from the conservative Foreign Policy Research Institute, “East Asian countries are expected to surpass NAFTA and the euro zone to become the world’s largest trading bloc. Market opportunities will only increase as the region swells by an additional 175 million people by 2030.”

Enter the TPP. By increasing U.S. market access and influence with China’s neighbors, Washington is hoping to deepen its economic engagement with the TPP countries while diminishing their economic integration with China.

Obama’s “Pacific Pivot,” meanwhile, seeks to contain China militarily. By 2020, 60 percent of U.S. naval capacity will be based in the Asia-Pacific, where 320,000 U.S. troops are already stationed. The realignment will entail rebuilding and refurbishing former U.S. facilities in the Philippines, placing 2,500 marines in Australia, transferring 8,000 marines and their families from Okinawa to Guam and Hawai‘i, and building new installations like the one on the tiny Pacific island of Saipan.

Washington seems to believe that these are necessary precautions. According to the RAND Corporation, for example, 90 percent of U.S. bases in the region are “under threat” from Chinese ballistic missiles because they are within 1,080 nautical miles of China. But who is threatening whom? The Chinese have precisely zero bases in the Asia-Pacific outside of their own borders. Some U.S. analysts insist that a more robust U.S. military presence is necessary to curb China’s ambitious territorial claims in the region. Without a doubt, China has recently taken a more aggressive stance in regional territorial disputes over dwindling natural resources, angering many of its neighbors. But by turning to the U.S. as a check against China, less powerful nations invite a bargain with the devil as Washington will advance its own strategic interests. And by getting itself involved, Washington risks encouraging China’s rivals to behave more provocatively, as well as angering China itself. According to Mel Gurtov, Professor of Political Science and International Studies at Portland State University’s Hatfield School of Government, “While accepting that the United States is a Pacific power, Chinese authorities now resist the notion that the United States has some special claim to predominance in Asia and the western Pacific.”

“The hidden hand of the market,” as Friedman famously wrote in the 1990s, “will never work without a hidden fist.” The Asia-Pacific Pivot and TPP, a one-two neoliberal-militaristic punch, pack both.

Of all people in the world, Hawaiians know this especially well. Once a sovereign nation, Hawai‘i was the starting point for America’s century of imperialism and conquest in the Pacific. It was trade that fueled the overthrow of the Hawaiian monarchy. During the 1800s, American merchants profited handsomely by exporting sugar from Hawai‘i to the U.S. When faced with new tariffs that the U.S. government imposed to protect the domestic sugar industry in the American South, the exporters orchestrated a coup with U.S. marines to overthrow the islands’ queen and annex Hawai‘i so that Hawaiian sugar would not be subject to tariffs.

With the world facing the pressing issues of global climate change, biodiversity loss, rising food prices, and declining sources of fossil energy, what is now needed more than ever are policies that promote local, sustainable economies that ensure the well-being of their people and protect the ecosystems upon which all of our lives depend.

Local communities seem to get it—new laws like the GMO restrictions recently passed in Hawai‘i are a step in that direction. But with multinational elites and the U.S. government pushing undemocratic monstrosities like the Pacific Pivot and the TPP, prospects for a more genuine security appear more distant than ever.