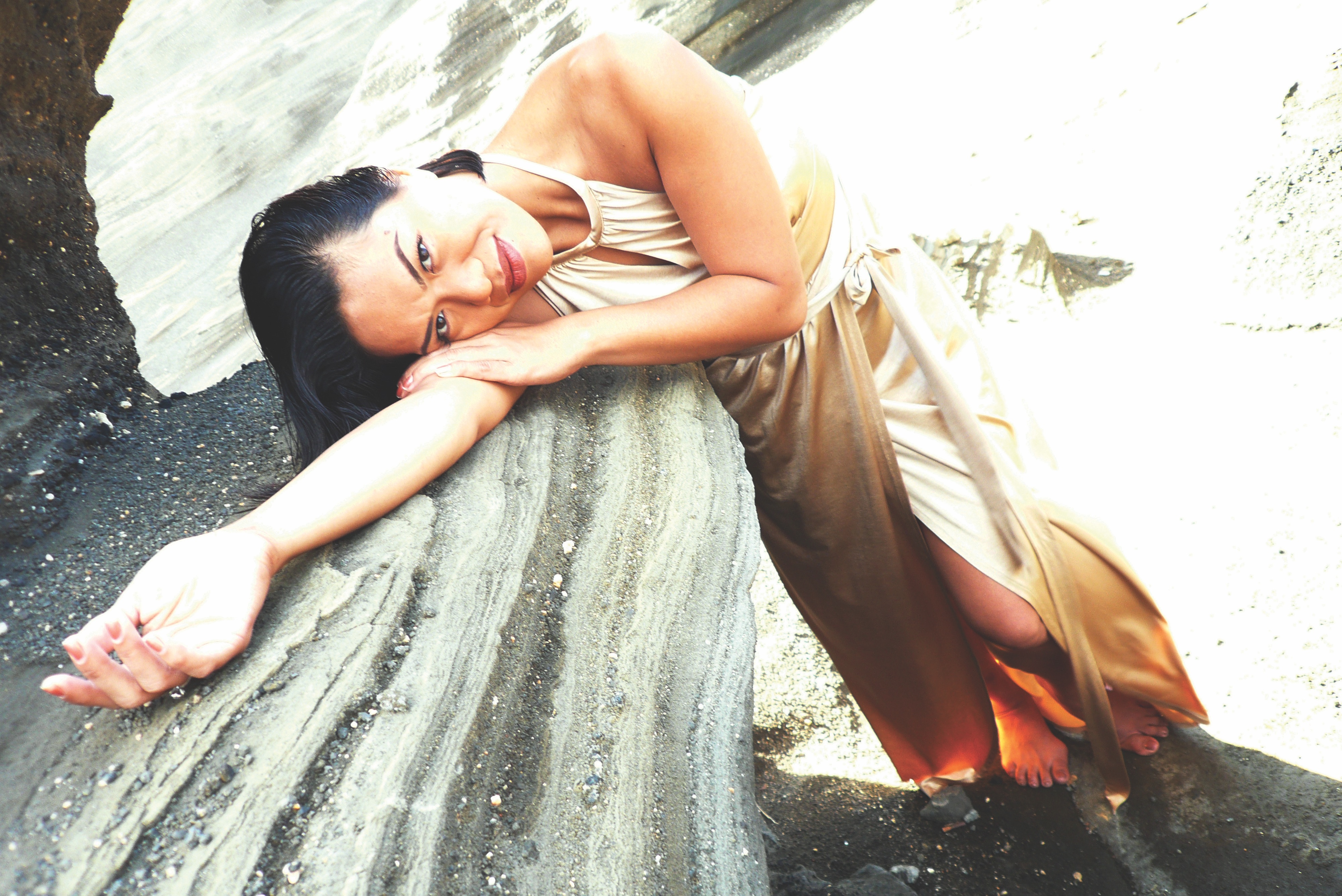 Singer Starr Kalahiki has tried to live her life as a dreamer, buoyed by an artistry that has made her one of Hawai‘i’s singular talents. Respected for her jazz chops—her debut album Salt won a Na Hoku Hanohano award for best jazz album of the year in 2012—she’s now pushing herself to revisit her native Hawaiian roots by taking on an ambitious project that will present the music of the islands’ last reigning monarch, the beloved Queen Lili‘uokalani, in a contemporary setting.

Kalahiki is also driven by another dream of hers, to one day headline a showcase, possibly in Waikīkī, that would have a distinctively nativist thrust. One could see that idea being developed in parts of her concert at the Doris Duke Theatre at the Honolulu Museum of Arts at the end of 2013. With the help of veteran Waikīkī choreographer Tunui Tully, she would occasionally be surrounded by a couple of dancers on stage to add a bit of theatrical flourish.

Because of her impressive musical versatility and charismatic presence, Kalahiki could easily fall back on being a demanding diva, but she admits to being her happiest when she can collaborate with others in what she calls her “playground” of music. “Whether I’m on stage or not,” she said, “I’m always hoping to be a vessel to the music … When I sing, it’s not coming from an egotistical place. It’s not just about me. It’s bigger than me.”

That sense of spiritual channeling started at an early age. The only child of a Pentecostal minister in the Gospel of Salvation Church in Kalihi and his wife, she remembers singing as early as age 5. Later, as a teenager, she would lead in the singing praise worship in the family church.

Yet there was another side of the music at home, where her father would “play jazz records, mostly Antonio Carlos Jobim. As I look back, that was some very sexy, adult music. Another song I remember was ‘Love Won’t Let Me Wait’ from Major Harris. So there were these sensual, sometimes explicit, songs I was also experiencing.”

Besides singing in church, it was as a 16-year-old, while attending the University of Hawai‘i Lab School, that Kalahiki’s voice was recognized as something special. “Aunty Nola Nahulu was the music director there,” Kalahiki remembers. “She was the one who got me into the Hawai‘i Youth Opera Chorus and the Kawaiaha‘o Church Choir, both of which she conducted. In my tryout with the opera chorus, she said when she heard my Debussy solo, that compared to other girls my age, my voice was special.”

The 37-year-old singer has been gigging pretty much on a regular basis since she became an adult. Whether singing jazz and blues five times a week on the Star of Honolulu dinner cruise, appearing as a featured vocalist with the long-running ‘Ulalena show at the Maui Theatre, the short-lived Hawai‘i Nei in Waikīkī, or sitting in with local alternative rock cover band Missing Dave and the R&B/funk collective eightOeight, Kalahiki has always been known as a dependable talent in the business.

She stepped up her game back in 2009 when she started working with veteran arranger and songwriter Kit Ebersbach, who has worked in the studio with such noted singers as Teresa Bright, Na Leo and Raiatea Helm. Ebersbach found his muse in Kalahiki, which led to their collaboration on the award-winning Salt album, released two years later.

Another fruitful working relationship has been with Leeward Community College music instructor John Signor, who Kalahiki has composed music with for the Tau Dance Theater and are both part of the Hawai‘i Artists Initiative. “Our first real collaboration is for something initially called the Lili‘u Project,” Kalahiki said. “It will be a multimedia musical that will look at her, first and foremost, as an artist and as a Hawaiian woman, and how she sought to bring healing to her people through her songs.”

There have been hints about this important project in recent performances. Once, as a featured guest during the run of Lani Misalucha’s Return to Paradise Waikīkī show in 2012, Kalahiki sang the Queen’s “Ku‘u Pua I Paoakalani,” and performed a unique arrangement of “The Queen’s Jubilee” at the December museum concert.

The former was rediscovered by the late singer/activis George Helm during the Hawaiian cultural renaissance of the 1970s. “The lyrics of ‘Paoakalani’ tell of smelling this beautiful floral fragrance in the wind and how it didn’t compare to the flower that bloomed in her garden. The kaona, or hidden message, of the song is that it was written during the Queen’s imprisonment in ‘Iolani Palace and in tribute to the gardener that brought her flowers wrapped in newspapers that kept her informed on what was going on outside the palace.”

During her extensive research on Lili‘uokalani, Kalahiki found that much of the archival work “didn’t have anything that my truth, my na‘au, could grab on to.” But “Paoakalani,” in particular, helped spur her on.

“Sometimes I sing with the residents at Maluhia Day Care, and on the occasion of my grandfather’s 88th birthday, I was going through the facility’s party CDs but didn’t find anything inspiring. So instead, I sang ‘Ku‘u Pua I Paoakalani,’ and the kupuna started singing along. I was frustrated with how the research was going on at the time, and here I am, crying, realizing that these people are basically the children of the Queen, and that her songs were for them. That same day, I received an unrelated text message from a medium I know who said I should trust my voice, remember my faith in God and do what I could, and through prayer, I will find her.”

Kalahiki has since found volumes of sheet music in the Queen’s handwriting. This is where she found her musical truth in developing the Lili‘u Project, staged in April at the Leeward Community College Theater.

“I admit that, while jazz is part of my sensibility, Hawaiian music is not, so I don’t want to come off as a phony,” Kalahiki said. “But, as a Hawaiian, I do feel I have the innate right to do this project. The Queen’s music has taught me so much, and I hope I can let her music and her lyrics come through me in a natural way.

“People have asked me why don’t I relocate to New York or Los Angeles to pursue a career. But I’m not trying to be that kind of singer. My mana comes from my ‘āina, and I want to show people, both local and visitors, the truth of living and being Hawaiian.”